"Drivers are happy and grateful for MapTrip FollowMe". 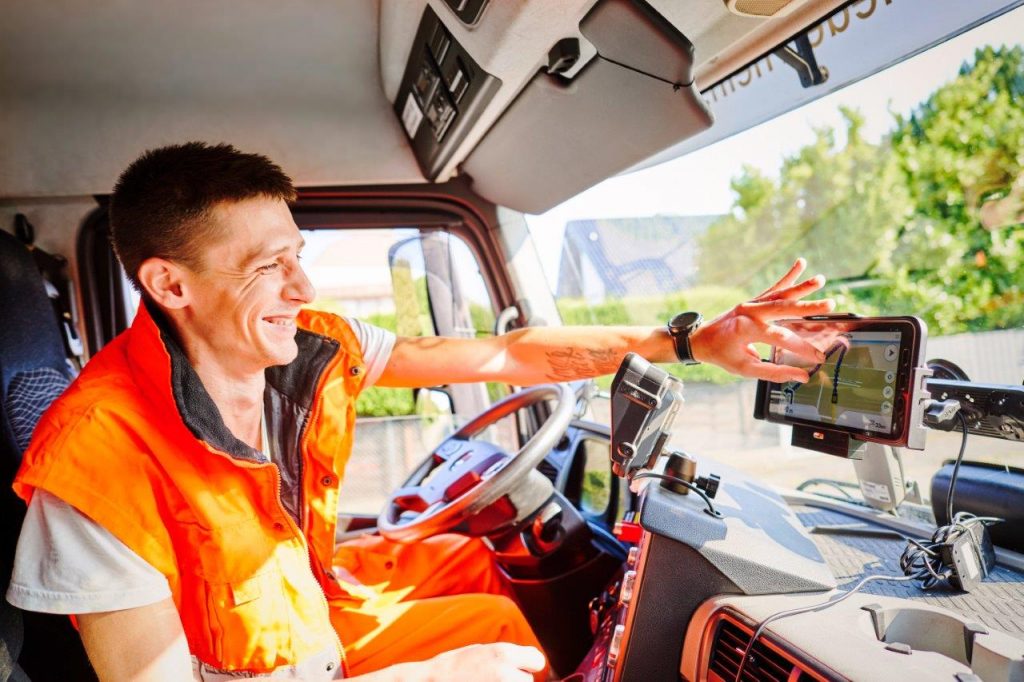 MapTrip FollowMe ensures more efficiency and quality for both drivers and dispatchers of EGN mbH and enormously facilitates the daily work routine.

EGN Entsorgungsgesellschaft Niederrhein mbH is a full-service provider in the field of waste disposal and recycling based in Viersen. It is a strong and competent disposal partner for municipalities in North Rhine-Westphalia. Many municipalities are already convinced of the numerous economic and ecological advantages of cooperating with EGN.

Christian Schröder is the responsible motor transport foreman and, in the back office, takes charge of planning haulage work and projects that require detailed preparation. He works closely with the drivers and dispatchers who use the software in their daily work.

During the introduction of MapTrip FollowMe, a special teamwork created the success, because the goal was to transfer the optimized tours from an external tour planning to the MapTrip FollowMe Navigation. These can then be used in FollowMe Navigation including special notes on collection mode and special features of the tour. Drivers work through each tour on this basis even without local knowledge.

Knowhow of three experts in the fields of route planning & optimization, digital mapping and special navigation

EGN’s example shows how the know-how of three experts in their respective fields can be combined and ensure smooth operation of drivers in waste collection.

“We use GTS’s route planning and optimization when we have won tenders from new areas and the routes have to be created from scratch. Here we have been working successfully with GTS Systems for about 2 years. Even then, there was a desire to be able to send the optimized routes from route planning to the vehicles as well.”

Until now, the optimized route sequence was displayed as a marked road, which was printed out and given to the drivers in paper form. Since the routes in the waste collection are very complex and sometimes have to be driven several times, this could become quite confusing. It was difficult for the drivers to still see everything correctly on the printouts.

Therefore, the topic of route transfer to the telematics system was taken up again at the beginning of 2021 and implemented with the help of 3kb GmbH. 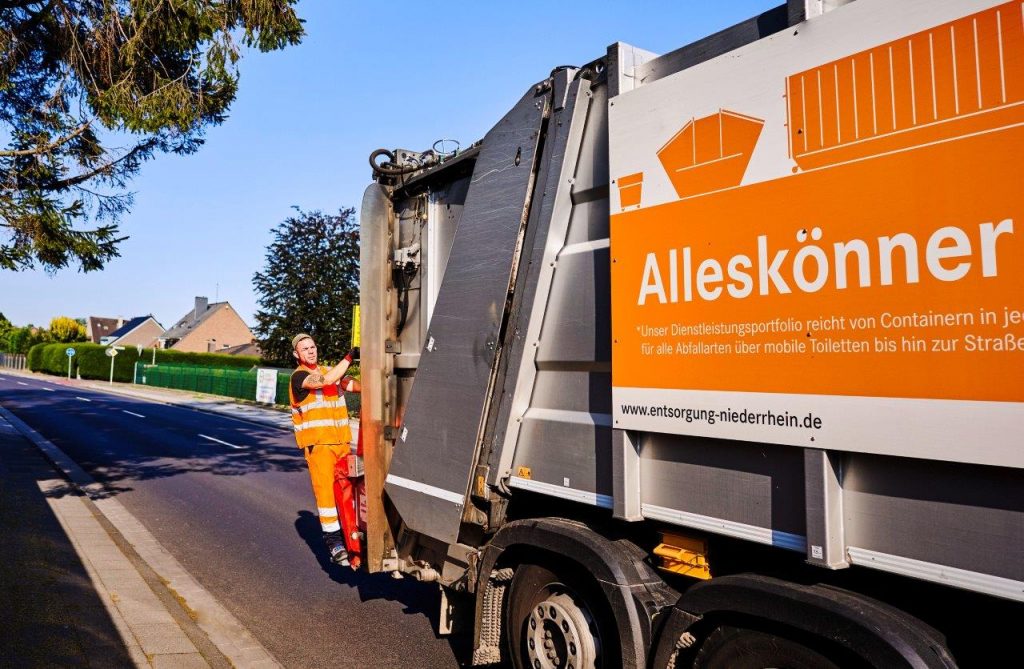 Digitalization is taking on an increasingly important role in waste management. EGN Niederrhein combines the advantages of several experts from the technology sector to create the best possible working conditions for your employees. This quickly pays off in the high efficiency and quality of route planning and implementation of garbage can emptying, as well as in the flexibility gained in deployment planning.

MapTrip FollowMe was used for the first time in March 2021 to empty the yellow garbage cans in Mönchengladbach.

“We use MapTrip FollowMe to provide the tours for our drivers. This way they know the exact order and where to go at all times.”

“At the beginning, the drivers were skeptical about the application. This was partly because the drivers had already been driving the routes for two months and in some cases had already worked out their own sequence, which did not always correspond 100 percent to the planning sequence of the routes optimized by GTS. In addition, some drivers also found it difficult to drive according to a fixed specification.”

So a compromise was created and the drivers recorded routes for 4 weeks using the so-called FollowMe Record mode. The routes were then loaded in the FollowMe Editor, compared with the already optimized routes and edited in the Editor. Today a combination of both defaults is in use.

“It turns out that substitute drivers don’t lose time compared to regular drivers with the help of MapTrip FollowMe.” 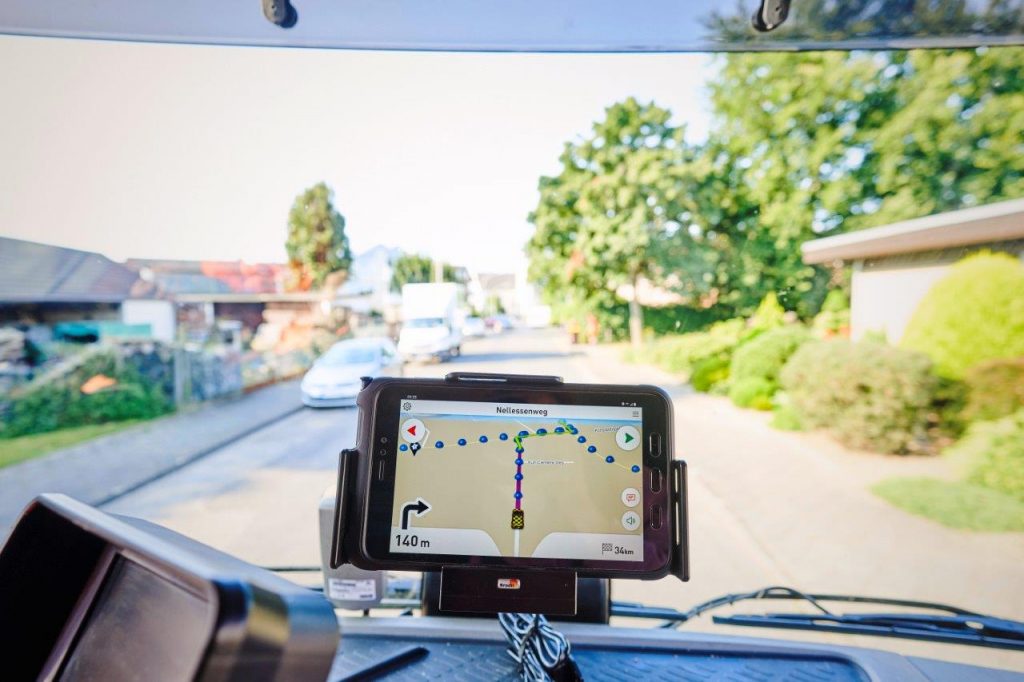 Just as an airplane follows the FollowMe car on the Taxiway, drivers follow the precise visual and voice instructions of MapTrip FollowMe Navigation.

How is the feedback from the drivers?

„In the meantime, our drivers are happy and grateful to be able to use MapTrip FollowMe. Especially during the vacation season and due to cases of illness, there is a high fluctuation of drivers for Mönchengladbach. Here it shows that new drivers have no time loss compared to regular drivers.” 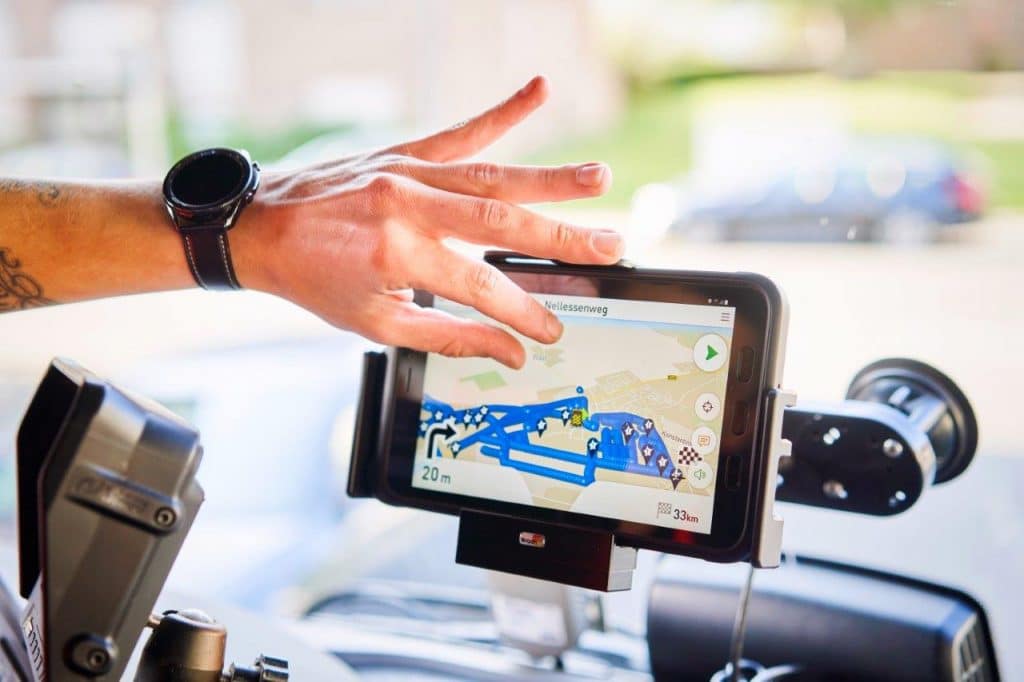 Even the most complex tours are easy and error-free for drivers unfamiliar with the location with MapTrip FollowMe.

The greatest added value of MapTrip FollowMe for EGN

Christian Schröder sees one of the biggest advantages of MapTrip FollowMe in the fact that the dispatcher no longer has to pay attention to which driver is driving the tour in Mönchengladbach. As long as the basic requirements such as the appropriate driver’s license or truck driver’s license are given and the appropriate loaders are available, any driver can take over the tour.

In doing so, the dispo team can also be sure that the tour will be driven to the end and that the collection service will be provided:

Via the status messages, the dispatchers receive feedback on whether the tour was completed in full or whether areas had to be skipped, e.g. due to traffic obstacles that could not be planned.

“Another advantage is also the possibility to create folders in MapTrip Editor. Since we have several municipalities where we collect the garbage, it is very convenient and clear to be able to sort the tours in the corresponding folders.

In addition, I have had consistently positive experiences with infoware’s support. Especially in the initial period, there were still various application-related questions from my side and here infoware support was always available to us.”

We would like to thank Mr. Schröder and EGN Entsorgungsgesellschaft Niederrhein for this insight into their daily work with MapTrip FollowMe and what benefits it brings to their drivers and dispatchers. 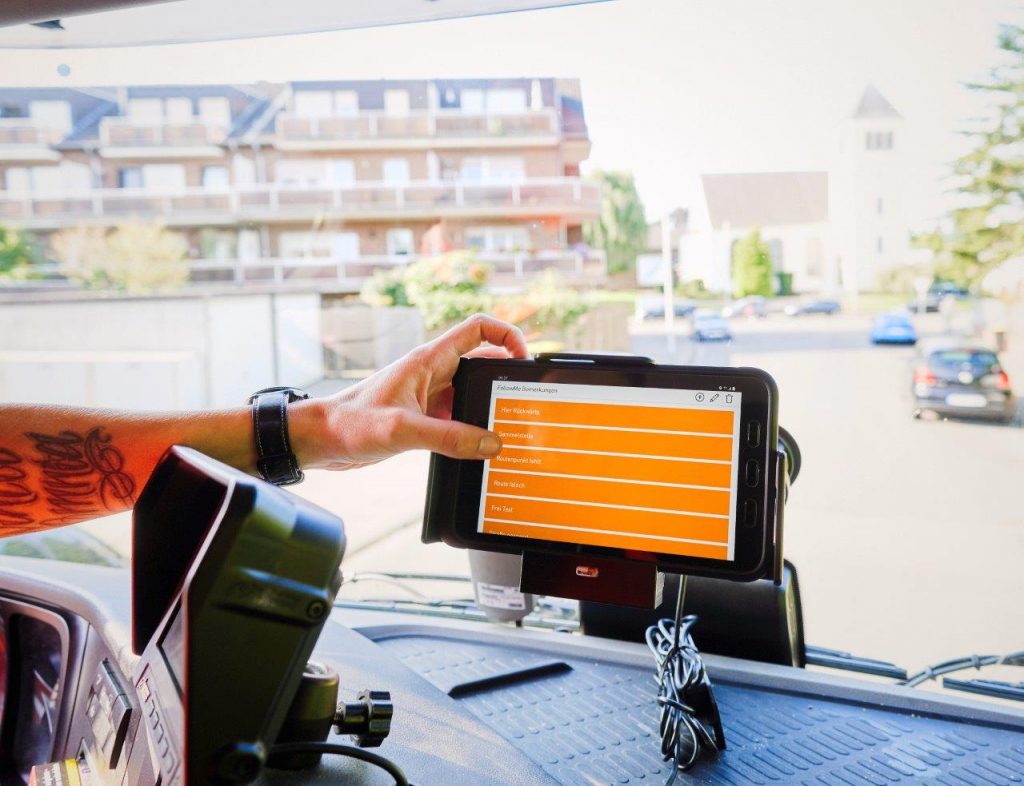 The tours can be created and edited in the associated web editor and synchronized with the end devices. Consequently, the driver only has to select the right tour and start it at the push of a button.